Scala Recruitment: Where and How to Hire Scala Developers

A relatively new programming language that first surfaced in 2004, Scala has been gradually gaining popularity in recent years. Some of the world’s best known web platforms, Twitter among them, have switched to this language, boosting the demand for skilled programmers who use Scala. So why are businesses dropping the Java and Ruby they’re so used to, and instead choose to hire Scala developers for their projects?

What is Scala good for? Above all, it has the power to increase productivity considerably. In Twitter’s case, switching to this language allowed them to scale their operation so that it could handle massive numbers of tweets at any one time (during Trump’s inauguration, this peaked at 58,000 per minute!)

As the name suggests, Scala facilitates scalability, which makes it suitable for larger development teams and code bases.

The language integrates features of object-oriented and functional languages, making it a more productive option for programmers who had previously specialized in Java and other object-oriented languages.

Scala is interoperable with Java, allowing developers to continue using their existing Java libraries and tools.

How Hard Is It to Hire Scala Developers?

Scala is one of the most loved technologies among software developers, but it’s even more popular among employers. At the time of writing, there are 5,753 jobs advertised on Indeed for Scala developers in the US, and the demand for Scala skills has been outstripping jobseeker interest over the last three years. 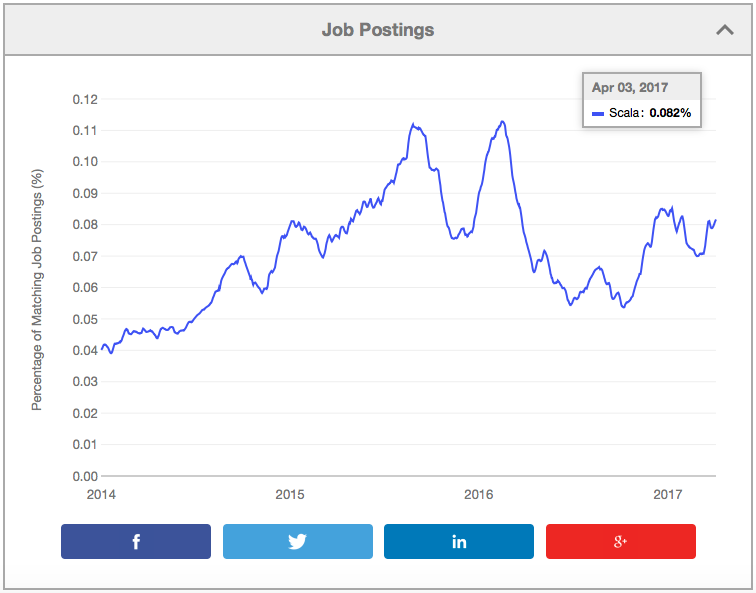 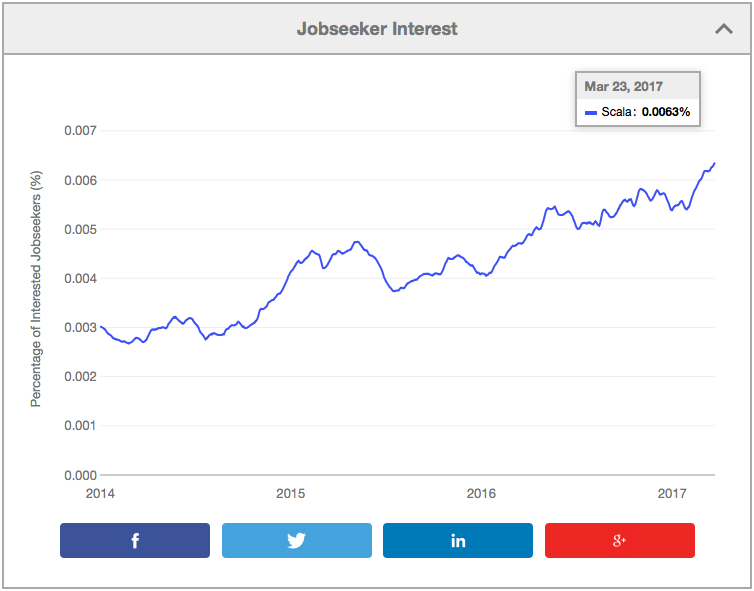 Although fewer UK job postings have mentioned Scala over the last couple of months, the general trend is still one of growth, according to ITJobsWatch. 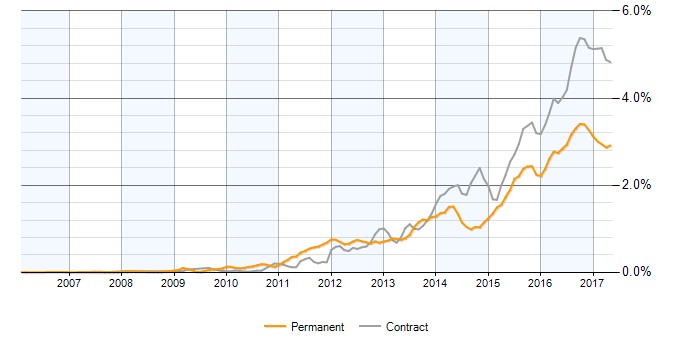 Scala also seems to be a popular choice for startups — there are currently 267 Scala jobs advertised on AngelList.

So Where Do You Find a Scala Developer?

With demand so high, your chances of finding Scala developers with significant experience are slim in the current market. Most companies interested in Scala recruitment have already planned for this, so they either fill out a Scala team with developers skilled in other technologies who are willing to learn Scala onsite, or alternatively find a senior Scala developer/tech lead who will provide oversight while the existing team is adopting the new language.

While either of these approaches can work out just fine, many employers overlook another option — remote Scala programmers. If you’re not used to employing remote workers, you’ll need to introduce some changes to your usual work process. However, you’ll quickly find that this is a small price to pay for access to a much wider pool of talent.

We help companies from all over the globe build their own software development teams in Ukraine, and while researching just how many programmers there are in the country, we found out that not only does Ukraine have the largest tech talent pool in Europe (over 90,000 tech workers including 50,000 developers), it also boasts the second largest pool of Scala engineers in the world.

Of course, not every other developer in Ukraine has Scala skills. It’s hard to hire Scala programmers no matter where you go in the world, but your chances of finding one increase significantly if you know where to look.

The lack of local Scala talent isn’t the only reason to consider hiring remotely. Depending on their location, engaging remote Scala programmers can help you reduce your labor costs. This is especially useful, as Scala skills are some of the best paid in the industry.

How Much Will You Have to Pay a Scala Developer?

Rare knowledge always comes with a significant price tag attached, and Scala is no exception to that rule. What’s more, most developers only get into Scala after years of experience with other technologies, which naturally adds to their value — and their salaries.

According to PayScale, an average salary of a Scala engineer in the US is $101,775, which is well above the national average of $92,764. Of course, salaries in the US can differ drastically across the country, so we’ve also taken a look at how much Scala developers make from state to state. PayScale ranks San Jose and San Francisco as the two cities that offer Scala engineers the most generous average salaries — $140,124 and $135,965 respectively. New York follows in third, with an average Scala developer salary of $116,880. 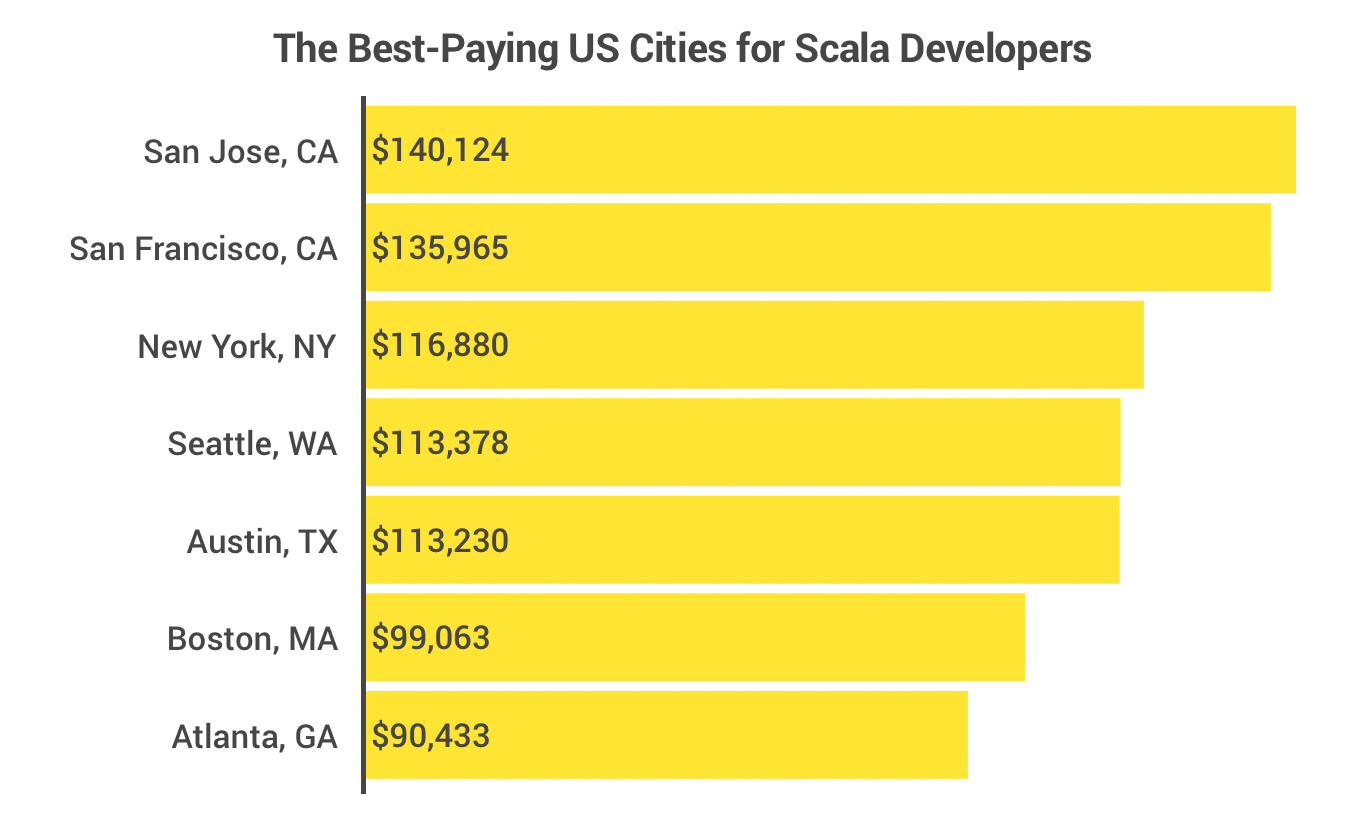 PayScale also ranks Scala as one of the top 3 most sought-after skills in mathematical and computer occupations, offering a 21.8% higher pay compared to other salaries in these professional fields.

According to ITJobsWatch, the average Scala developer salary in the UK is lower than it is in the US — £65,500 (approximately $85,000). Although this figure has been fluctuating over the last decade, the general trend is definitely upwards. 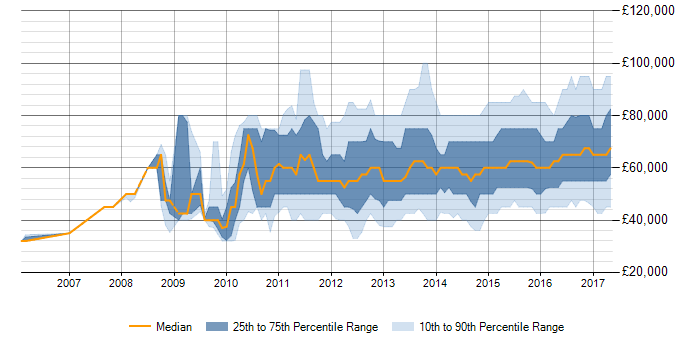 What Questions Should You Ask a Scala Developer at an Interview?

So you’ve finally managed to get your hands on a couple of Scala developer resumes and invited the most promising candidates for a chat. What interview questions do you ask a Scala developer? Here are some suggestions:

Of course, you’ll have to adapt these sample questions depending on your project and specific business needs. You may also want to consider giving your candidates a test task to see what they’re like in action.

And if you’d like our help in the challenging world of Scala developer recruitment, simply contact us using the form below.

What Does Agile Mean in Software Development and Why Do You Need It? A Guide in 15 Pictures

How to Hire a C++ Developer: “What I Want to See Is How the Candidate Thinks and How They Approach Problem Solving”