Silicon Valley has long been the epicenter of the global tech industry. Developers worldwide dream of the chance to work in top companies like Facebook, Amazon, Apple, Netflix and Google, while others try their luck at innovative startups like Uniphore, Weee!, and Slintel.

It has been said that having an office in Silicon Valley quadruples the chances of your company’s success, but this comes with a hefty price tag.

The average engineer salary in Silicon Valley ranges between $85,948 and $174,459. When you consider the cost of an office rental, taxes, shares, and non-financial benefits, the full cost of doing business in Silicon Valley adds up pretty quickly.

As practice shows, many tech companies try to optimize development costs by hiring experienced engineers overseas. And it’s only logical that they do so because tech startups and SMEs can hire several top IT professionals in Eastern Europe for the price of one engineer's salary in Silicon Valley.

In this article, we’ll explore whether the hassle is worth it and learn where to hire top specialists for a reasonable salary outside of Silicon Valley.

What Is the Average Engineer Salary in Silicon Valley?

The average engineer salary income in Silicon Valley ranges between $88,000 and $152,000 (according to PayScale).

The average engineer salary in Silicon Valley by years of experience:

According to SalaryExpert, an entry-level software engineer salary in Silicon Valley starts with $87,896 and can be as high as $155,990 for a senior specialist.

What Are the Cities with the Highest Average Engineer Salary in Silicon Valley (Indeed)?

These tech giants fuel competition by snatching up local tech talent, offering them attractive salaries. By doing this, they also significantly raise the overall price of doing business.

That’s why those looking to hire engineers in Silicon Valley should be ready to put extra effort to battle the competition by offering competitive salaries and  compelling non-financial incentives and bonuses.

What Are the Major Extra Costs of Employing Software Developers in San Francisco?

While the cost of hiring a software engineer in Silicon Valley is pretty steep, keep in mind that their base salary is just the tip of the iceberg.

What other Benefits Employers Cover in Silicon Valley (Indeed)?

If you want to have an office for your team, expect to spend around $80/square foot and 150 square feet per person in San Francisco. The yearly cost of renting an office comes out to $12,000 per employee, depending on the size of your company.

Facebook, Google, and LinkedIn have devoured a lot of real estate in Silicon Valley, driving the prices up and pushing small tech companies to city outskirts.

Don’t forget that you also have to furnish your office with hardware, computers, and other necessary items to make it comfortable for your employees. You also need to step up HR, recruitment, and accounting departments, not to mention hiring legal staff.

FAANG is an acronym which refers to 5 of the most popular and top performing companies in Silicon Valley: Facebook, Amazon, Apple, Netflix and Google.

It goes without saying that working in any of the FAANG companies is a developer’s dream job, thanks to their highly competitive salaries and career-building opportunities.

Just about everyone uses Facebook these days, from students to their grandparents. The social media monolith is kept running by experienced software engineers that earn around $148,640 per year, according to Comparably.

The average salary of an Amazon software engineer is  $149,485 per year, according to Comparably.

According to Comparably, software engineers at the popular streaming service earn $138,643 annually.

The highest paid software engineers in Silicon Valley work at Google. It comes as no surprise -- the hiring process at the world famous tech firm is notoriously tough, and only the best of the best work there.

According to Comparably, the average yearly salary for a Google software engineer is $156,806.

According to ZipRecruiter, the annual salary for a software engineer working in a Silicon Valley startup can range between $70,240 and $111,799 per year. However it is worth noting that some offer much lower or higher annual salaries.

That being said, ZipRecruiter estimates that a software engineer working in a Silicon Valley startup earns around $95,856 per year on average, or $46.08 per hour.

While working in a startup can sometimes be just as arduous as working in any of the FAANG companies, there’s a big payoff for those who succeed. Everyone is working toward the goal of becoming the next unicorn, that is, a startup valued at $1 billion.

Unsurprisingly, many of the Silicon Valley startups poised to become unicorns are involved in the fintech sector.

Abra was founded by a former Goldman Sachs executive and is a self-described “crypto bank”, currently valued at $86 million. Comparably estimates the annual average salary at Abra is $124,789 per year, or $59 per hour. 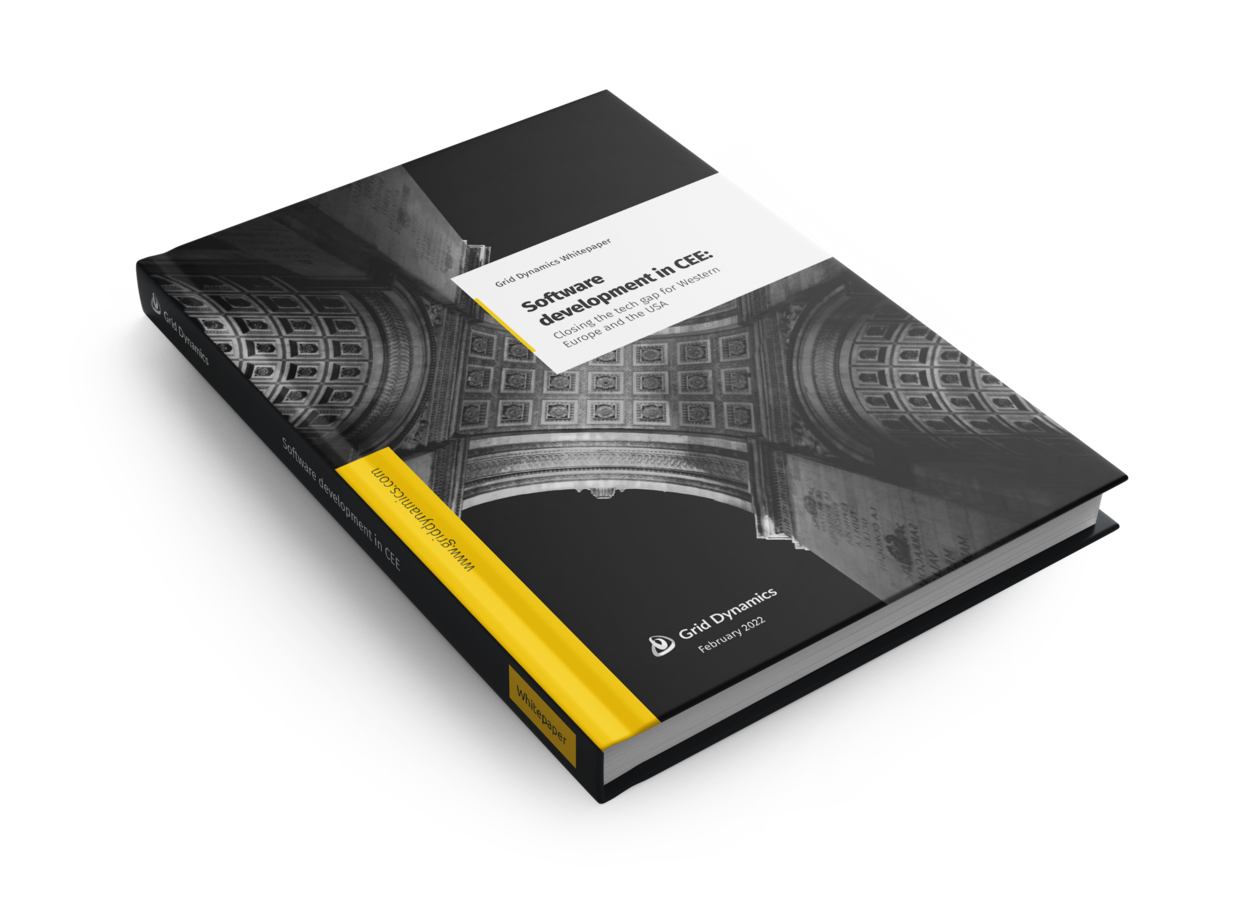 In the midst of COVID-19 pandemic, many companies have turned to outsourcing to fulfill their staffing needs.

Many tech startups and SMEs have benefited from working with remote teams.

Many companies with headquarters in Silicon Valley like SizeUp Inc. have extended their teams by hiring programmers from growing outsourcing destinations in Eastern European countries, such as Ukraine, Hungary, Belarus, and Croatia.

Why did they choose CEE? The region has 1.3 million tech specialists with strong educational backgrounds.

There are more than 200,000 tech specialists in Ukraine alone, and 450 higher educational institutions that generate 30,000 prospect entry-level specialists each year.

For the price of hiring an experienced software engineer in Silicon Valley, you can build a dedicated team of developers or even extend your existing team with tech specialists who have already been working with clients on the global tech market for years now.

“All of the work that they deliver for us is well built and functions very smoothly, so we have been able to entrust them with just as much of our portfolio as our in-house team. Technically, they are the best remote team I have ever worked with in 20 years of experience.”

The average engineer salary in Ukraine is around $1300 and $4600 per month, which amounts to $15,600 and $60,000 per year. This is three times less than a senior software engineer’s average salary in Silicon Valley. 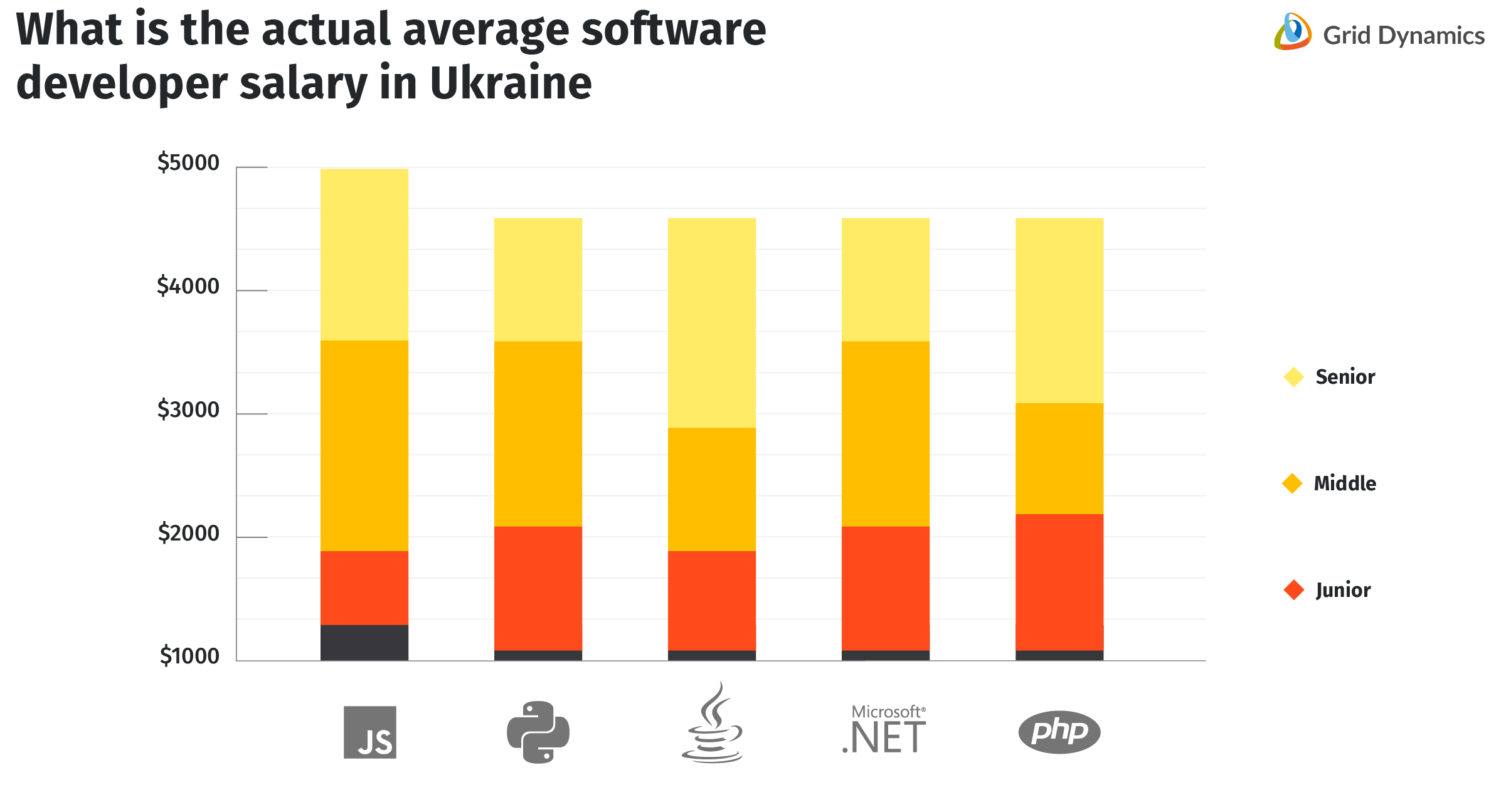 Build a Remote Team of Engineers with Grid Dynamics

Grid Dynamics helps tech companies around the world fight talent shortages by recruiting and retaining talented software engineers in Eastern Europe, Central Europe and Latin America who work as an integral part of the client’s product development team and report to them directly.

Get in touch with us today!

What Is The Average Java Developer Salary In The US And World? What To Consider In 2022